I Pray for My Enemies 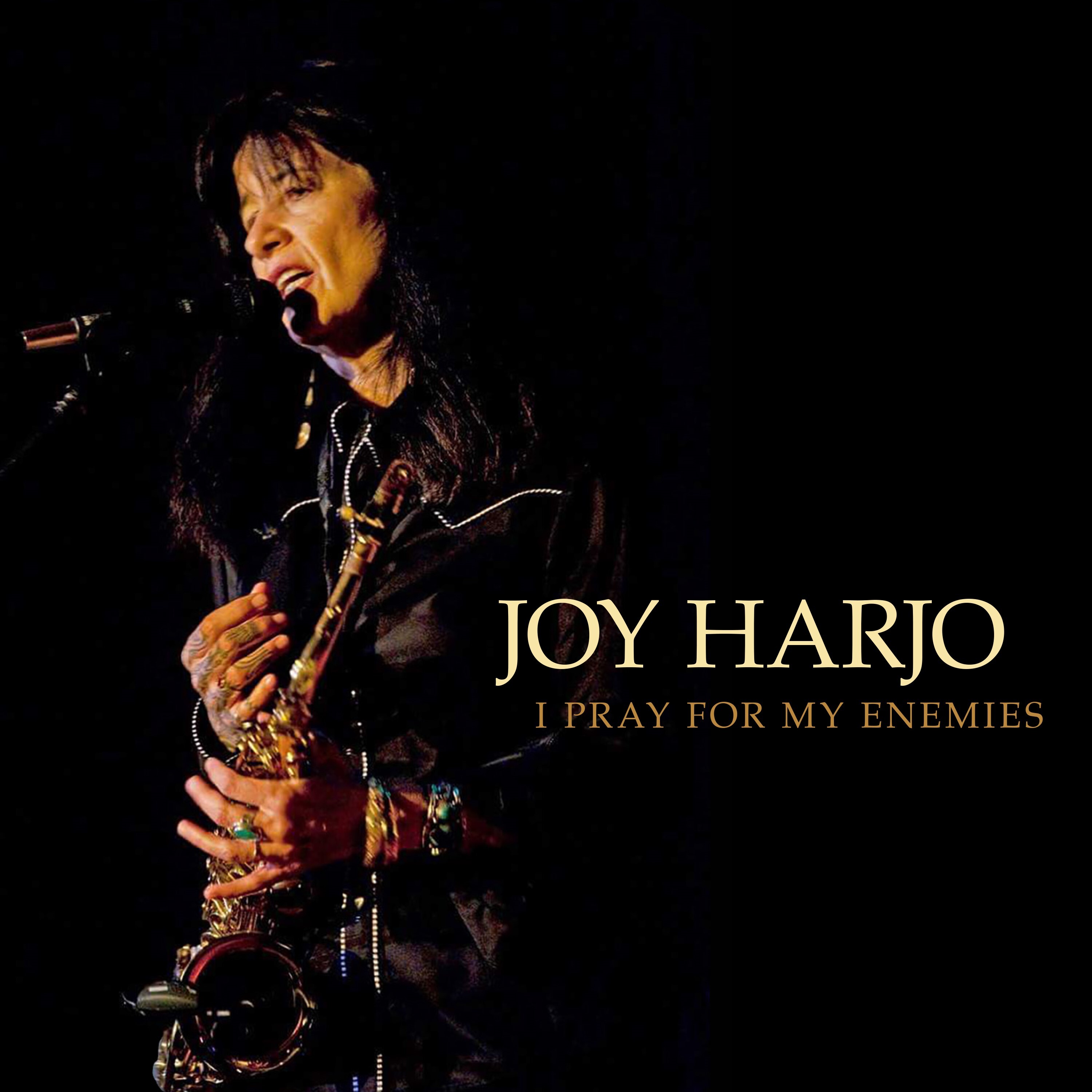 In her first new recording in a decade, Joy Harjo – the first Native American named Poet Laureate of the United States – digs deep into the indigenous red earth and the shared languages of music to sing, speak and play a stunningly original musical meditation that seeks healing for a troubled world – I Pray for My Enemies, newly released on March 5, 2021.

Collaborating with producer/engineer Barrett Martin on this unique new album, Harjo brings a fresh identity to the poetry and songs that have made her a renowned poet of the Muscogee Creek Nation and one of the most authentic and compelling voices of these times.

“The concept for I Pray for My Enemies began” says Harjo, “with an urgent need to deal with discord, opposition. It could have been on a tribal, national or a personal level. I no longer remember. The urgency had a heartbeat and in any gathering of two or more, perhaps the whole planet, our hearts lean to entrainment – that is, to beat together.”

Latin Grammy-winning producer, composer and founding father of the historic Seattle music scene, Barrett Martin brings a new dimension to Harjo’s unique sound-world – her words and music spoken, sung and explored in a vibrant mix of classic instrumental sounds. Harjo and Martin describe it as “funkified spoken word” inspiring “elegant jazz, urban soul, and inner city, reservation grit.” Harjo sings and speaks her poetry, as well as playing saxophone and flute, on an album she describes as “very much of-the-moment.”

Harjo defines songs and poems as distinctly different expressions, and both are featured in the 16 tracks that make up I Pray for My Enemies. Her words and music, older and newer, get a fresh new identity here. The album opens, however, with a traditional Muscogee song “Allay Na Lee No.” “Music travels,” she says, adding, “It travels through history, ancestors and especially loves ports and waterways.”

Some of Harjo’s defining poems appear here – “An American Sunrise,” “Fear,” “Running” and “Remember” – refracting her own experience as a Native American woman of her culturally defining generation. “Calling the Spirit Back,” from an early collection of Harjo’s poems, and the new song “How Love Blows Through the Trees” – written when COVID-19 reached her home in Tulsa, OK – echo the suffering of a world experiencing a pandemic.

“Once the World Was Perfect” is based on a version of a Muscogee Creek creation story, which describes a time similar to now. She says, “We lost our way in the dark, forgot who we were, then had to find our way again.”

Vignettes and “licks” of songs and poems also appear on I Pray for My Enemies, ranging from the epiphany of “We Emerged from Night in Clothes of Sunrise” to the playful “trickster” piece “Rabbit Invents the Saxophone.” Both feature Harjo’s soulful sax. “Stomp All Night” delivers all the primal energy the title suggests, inspired by Muscogee Creek social dances.

3. Calling the Spirit Back

4. How Love Blows Through the Trees

8. We Emerged from Night in Clothes of Sunrise

9. Midnight is a Horn Player

10. Once the World Was Perfect

14. One Day There Will Be Horses